- A web log to facilitate the understanding of the activities of the Niger Delta Basin Development Authority and its linkages with other national institutions. Friends of the Authority can keep abreast of developments in the Authority's mandate area.

January 2011
Federal Government of Nigerian reconstitutes the Management Teams of River Basins
The Federal Government of Nigerian has reconstituted the management team of River Basin Development Authorities (RBDAs) just as President Goodluck Jonathan has approved the appointments of 12 new managing directors for the authorities. 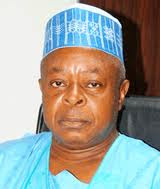 Disclosing this to Saturday Vanguard in Abuja yesterday, Dr Obadiah Ando, Minister of Water Resources said that RBDAs adopted a rotational mechanism to ensure that every state is given the privilege to prove their mettle in the authorities.

Invitation for Technical and Financial Bids
For The Execution of Projects in
The Fy-2010 Capital Budget
Introduction:

In compliance with the Public Procurement Act 2007, the Niger Delta Basin Development Authority (NDBDA), in carrying out its mandates, is desirous to undertake the execution of some projects as approved in the FY2010 Budget.

Towards this end, the Management of NDBDA hereby invites competent and interested companies to apply for the execution of the following projects:

LOT 1: 2 No. Motorized Borehole at Ethiope West and Ethiope East, Delta State
LOT 2: Construction and Development Deep Water Borehole at Ekowe Community in
Bayelsa State
LOT 3: Motorized Borehole at Kolo town. Bayelsa State
LOT 4: Motorized Borehole at Ibelebiri, Ogbia. Bayelsa State
LOT 5: Motorized Borehole at Otuabula II, Ogbia, Bayelsa State
LOT 6: Borehole/Overhead Tank/Water Distribution in Omuajuloke Omuma, Rivers State
LOT 7: Ikata Water Project, Rivers State
Reclamation/Drainage and Erosion Control Projects
LOT 1: Agbakabiriyai Drainage and Erosion Control. Bayelsa State
LOT 2: Agbakabiriyai Drainage and Flood Control, Bayelsa State
LOT 3: Completion of Ogu Erosion Control and Drainage Works at Ogu-Bolo, Rivers
Qualification Requirements:
Interested Firms or Joint Ventures (JV) are expected to collect, fill and submit Standard Bidding Documents (SBDs) from the Authority’s Tenders Board, in addition to the following minimum requirements:
Copy of Certificate of Incorporation (Registration with CAC)
Copy (not personal) of tax clearance and VAT registration certificates for the last three yews.
Evidence of experience in at least five (5) jobs of similar nature and complexity executed with the last five years with verifiable letters of contract award and certificates of job completion. Detailed description should be captured in the SBD/RfP;
Evidence of financial capability, having liquidity and/or evidence of access to or availability of confirmed positive credit facilities from any reputable Nigerian bank of not less than (Five Hundred Thousand Naira);
Company profile with copy of Article of Association, memoranda of Understanding and Company’s Registration with professional bodies such as COREN for Consultancy Services;
Evidence of personnel capability including list of key professionals and years of experience, curriculum vitae of each professional, registration with professional bodies such as COREN, NSE, etc as detailed in the RfP and SBD as adapted from the BPP document;
Details of relevant equipment and construction plants with verifiable evidence of ownership/lease;
Submission of three (3) years Audited Accounts;
Evidence of registration with the Federal Ministry of Works, Federal Ministry of water Resources or Niger Delta Basin Development Authority in the appropriate category
Any Other information to prove the company’s corporate ant technical experience and capabilities
Collection of Tender Documents:

Interested and qualified bidders are invited to collect the Standard Bidding Documents (Technical and Financial) in respect of the projects as from Thursday 15th July, 2010 in the office of the Secretary. Authority’s Tenders Board upon the presentation of evidence of payment of a non refundable tender lee of Fifty Thousand Naira (N50,000.00) at the following designated Bank Account:

Completed Technical and Financial has (Two sets of hard copy and one Electronic copy in; compact disk and Microsoft office) should be submitted in two different sealed envelope and labeled “Technical Bid” and “Financial Bid” respectively and both sealed in a third envelope and marked with the appropriate project name and project number clearly written at the top right hand corner of all the envelopes The name, office address and phone number of the company should be clearly written also on the reverse side of all the envelopes and addressed to:

Opening of the bid documents shall commence by 12 Noon on Thursday 29th July 2010 at the Authority’s Headquarters in Port Harcourt.

Only bidders whose technical bids are successful would have their financial bids opened on a date that would be communicated to them.

All bidders are required to provide a bid security of 2% of the bid price from a reputable bank and enclosed in the sealed financial bid envelope.

Enquiries:
All enquiries on the bids are to be directed as appropriate to:
Secretary, Tenders Board
Niger Delta Basin Development Authority
21 Azikiwe Road
Port Harcourt

Failure to comply with the above requirements would automatically result in disqualification, while Bid documents submitted late shall be rejected.

The Authority reserves the right to verify the authenticity of claims made in the documents submitted. The originals of documents listed must be produced for sighting on the day of bid opening.

The Authority will not be responsible for any costs or expenses incurred by any interested party(ies) in connection with any response to this invitation and or the preparation or submission in response to an inquiry or RfP.

The Authority is not bound to shortlist any bidder and reserves the right to annul the selection process at any time without incurring any liabilities and assigning any reason thereof.

This blog in any language